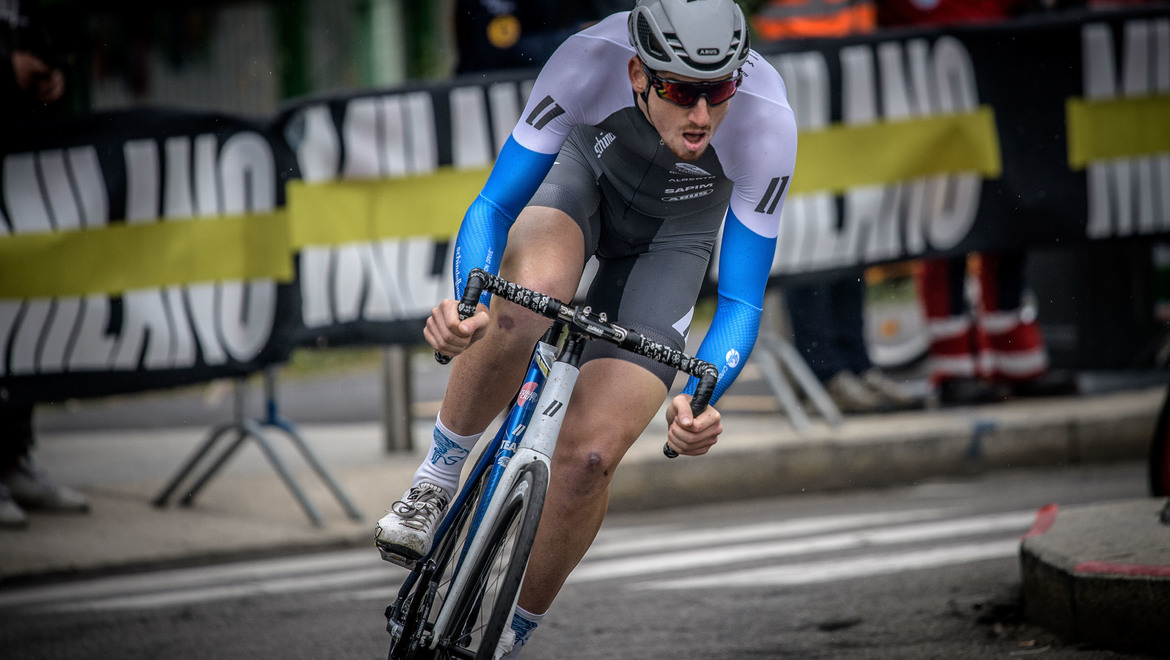 A successful race season has come to an end and we are taking a look back at the races and riders who took part.

Team Schindelhauer-Gates competed in more than 40 races in 2018, with even more competitions in the region around Berlin as well as small-scale fixed and cross races just for fun. As a factory racing team, our main goal is to test our equipment under the harshest environments and to prove that a Gates Carbon Drive belt and components can withstand the toughest racing conditions – and a lot of wattage going into it. 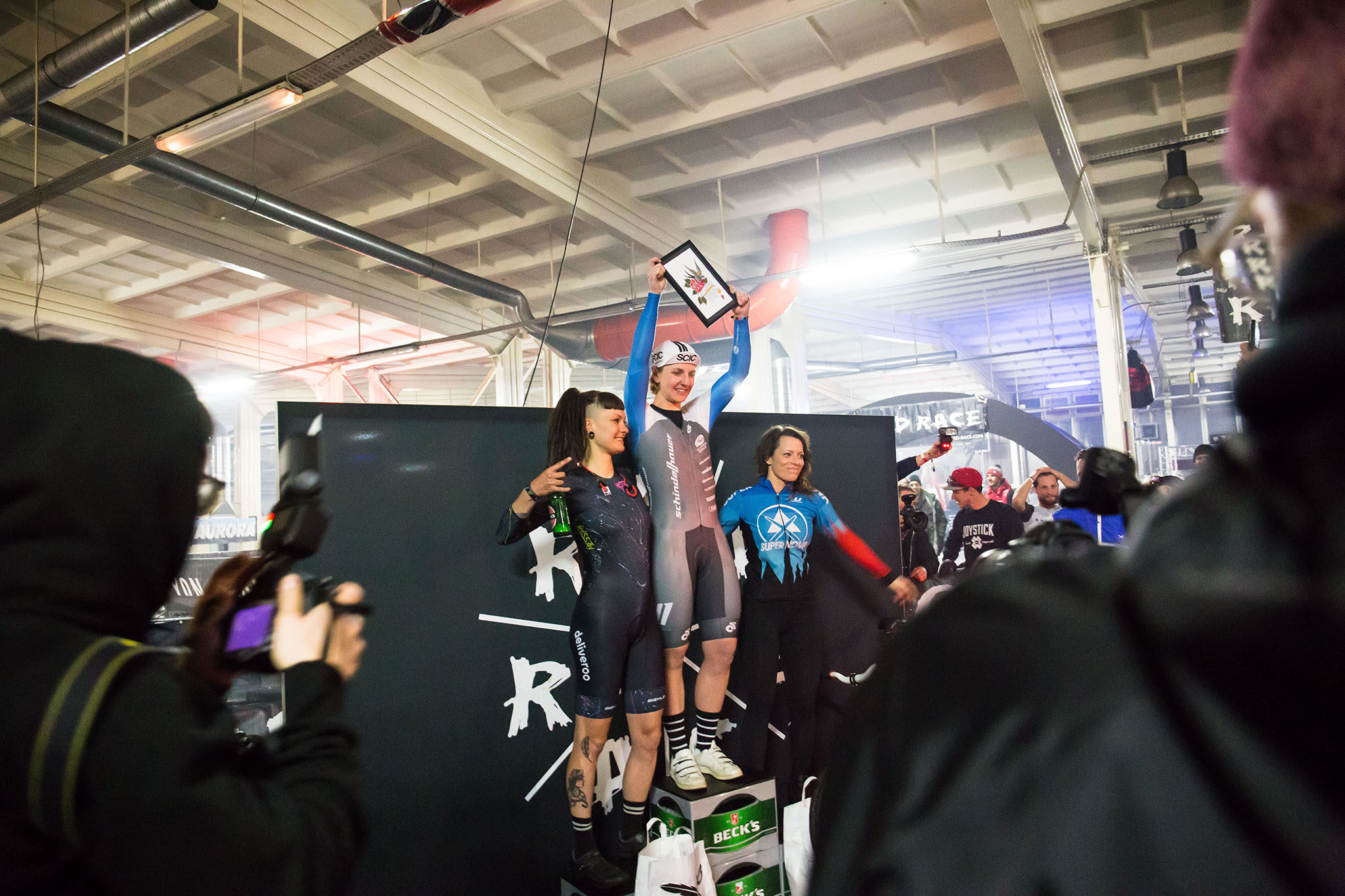 Karla Sommer is our most successful fixed rider this season. Her first win was also her favourite: Rad Race Last Woman Standing in March, a fixed race on a kart track. This was the first of many successes – Karla took part in eleven major fixed races and won six of them, finishing inside the top three in eight. She won the German Fixed Crit Series and went on to compete at Red Hook Criterium Milan in October, the biggest fixed race in Europe, finishing 21 out of 66 starters in the women's field.

"My favourite win of 2018 was Rad Race Last Woman Standing, it was unexpected and very emotional, having friends and the Schindelhauer Bikes crew on the sidelines."

"Red Hook Crit Milan was incredible, especially being the oldest female starter in the field competing with the best fixed racers in the world and finishing in the main group. Placement was secondary for me, the atmosphere made me hungry for more."

"For 2019 I'll be looking at starting at international races. I'm looking forward to racing the Fixed Nation Cup in Dijon and hope for the return of Red Hook Criterium in Europe”. 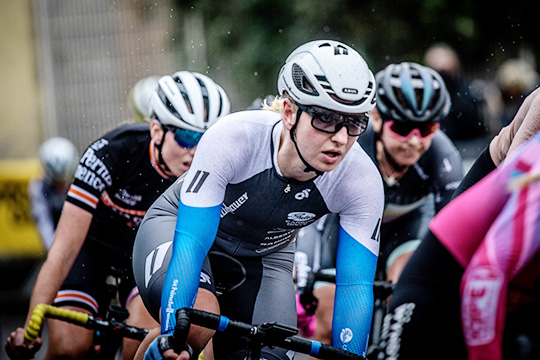 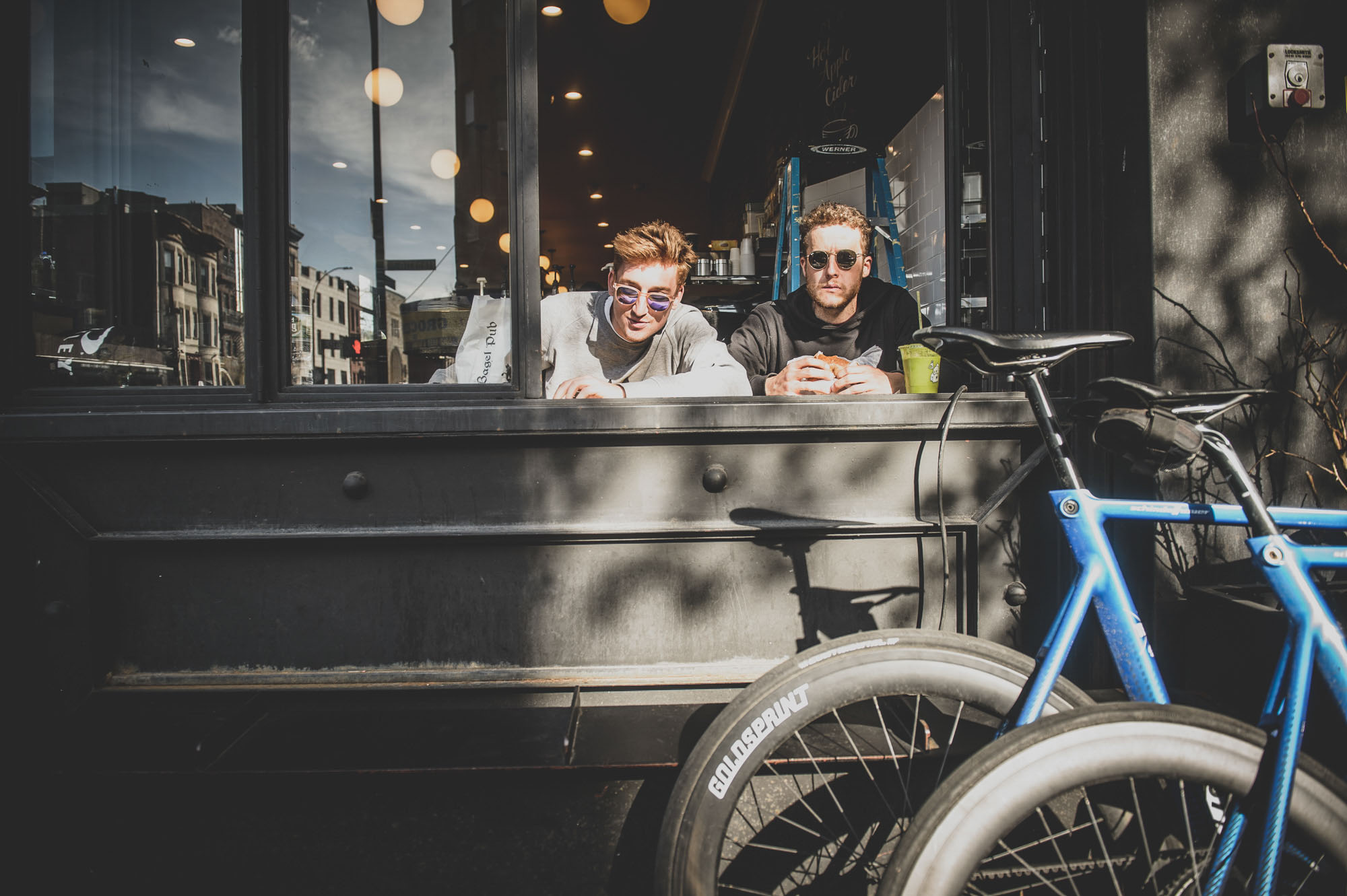 One of our swiss riders, Adrien Merkt, started the season off well, winning the fixed-gear race in Montecatini Terme as part of the Italian Fixed Cup. His friend Yvan Morf finished fifth in the same race.

Both went on to compete at Red Hook Criterium Brooklyn, with a 16th and 30th place in the finals among the best fixed racers in the world. Red Hook Crit was a highlight for our Zürich boys, the impressive thunderstorm during the main race made their hearts sink into their (cleated) boots. 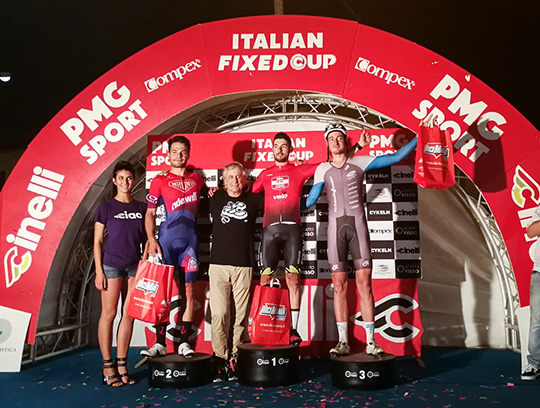 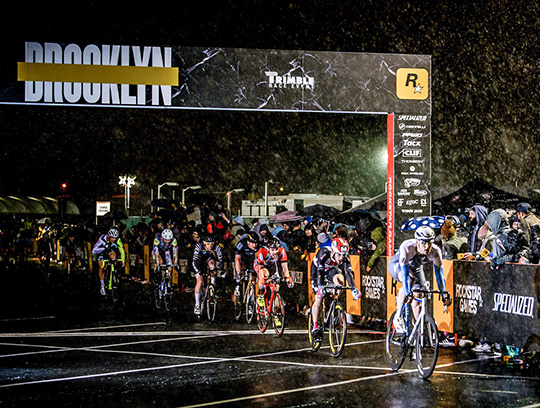 Following Brooklyn, both took the start in Berlin at Rad Race Fixed42, with Adrien attacking the bunch several times, which later awarded him title for "Top Antagonist" of the race. Just one month later, Adrien took part in another race within the Italian Fixed Cup in Lissone, ultimately finishing third in the series. Yvan competed in the same races as Adrien, but with a less aggressive style by nature.

Despite some good results in the book, Yvan, always a perfectionist, was hoping for more:

"Performance-wise it didn't go as planned for me, but the trips throughout Europe and the people we met made it all worthwhile. We hope to take the Züricrit further in 2019, the first fixed criterium in Switzerland, which we successfully introduced in 2018."

The third of our Zürich riders, Dylan Longridge, will spend 2019 in New Zealand pursuing his Geology degree, doing research on submarine vulcanism. But he won't be staying underwater long, as he's taking his Hektor bike with him, hoping to compete in races in the New Zealand fixed-gear scene.

Paul and Karsten – Fixed and Cross

Paul Göhrke is our Berlin-based rider, who rides fixed as well as cross races. Being 2,00m tall and with a 64cm special-edition frame, Paul is always hard to miss in races. He raced into eight Top 10 placements in total.

His favourite race of the season was Grinduro in Scotland, which he competed at with Karsten Zeiger from our cross team. Both won the single speed competition on a custom Ludwig XIV model with a gravel/racer setup, placing 23rd and 24th overall – among all riders, including those with gearing.

Karsten also won the single speed competition at the Standert Point Cross, the bike cleaning kit he won was put to good use after several cross races he competed in. 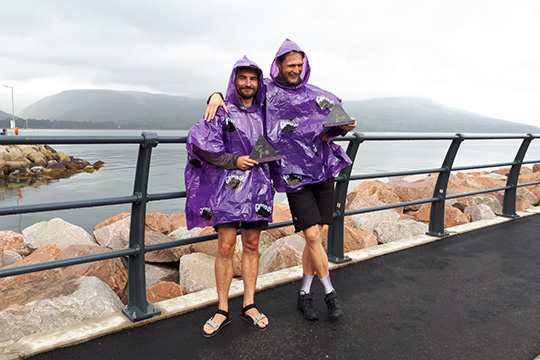 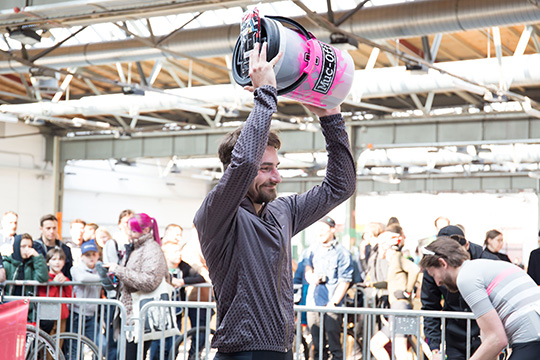 Raschi – the good soul of our team 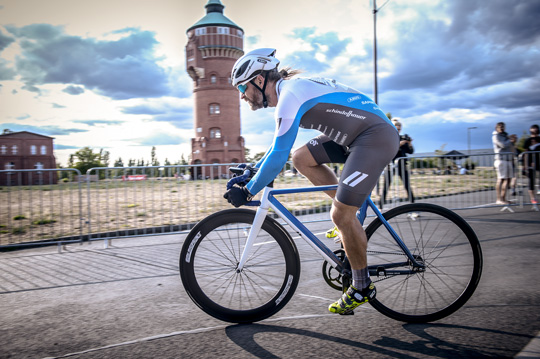 Born in the outskirts of Berlin, he is the most hard-working, but according to his own statement, the most unambitious of our riders. Thorsten "Raschi" Rasch is the good soul of Team Schindelhauer-Gates, who took part in almost every fixed race in Germany this year. For him it's about having fun, to him results are secondary.

His favourite race in 2018 was This Is Not Brooklyn Dresden in September. He loved the relaxed atmosphere and meeting people he knows from several years of racing fixed. Raschi is well connected in the fixed-gear scene and popular with his easy attitude.

He always takes care of his teammates before and after a race. When he shows up, the team knows that it will be a good, fun race.

Our two American riders received a lot of attention this year, Sam Fox and Dani Morshead were our guest riders at Red Hook Crit. Both have already successfully competed at road bike criteriums in the US. Sam took the start at her first ever fixed-gear race in Brooklyn, finishing an impressive 6th place. She was so stunned by the atmosphere and excited about the race, she suggested to her friend Dani to race with her at Red Hook Crit Milan.

Flying in from San Francisco, Dani won us over with her charm and open personality. Her first experience riding a belt driven bike and the directness of our Hektor frame got her excited to race. 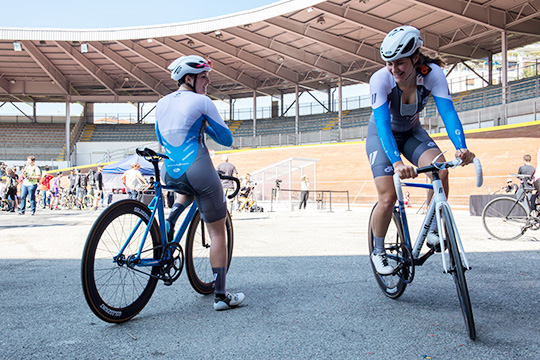 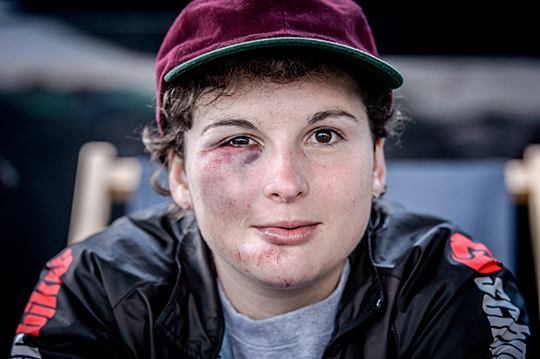 Dani, Sam and Karla took the start in the same group. While Karla and Dani finished well in the Top 20, taking them to the finals, Sam, unfortunately, crashed due to a rider slipping in front of her. She fell hard on her head, with her ABUS helmet protecting her, taking away a black eye and some scrapes. Once the initial shock passed and a little downtime, she was in a good mood throughout the rest of the evening, cooling her black eye with ice and beer cans and cheering on the remaining team racing.

In the finals, Dani and Karla finished in the first group of the race, stunned by the speed, technicality of the course and level of competition – but excited to go again next year.

We are looking forward to the 2019 season, with our riders eager to take on more German and International races in an ever more competitive field. We'd like to thank the race organisers and our sponsors, some of whom have been with us for many years, for supporting us throughout the season.