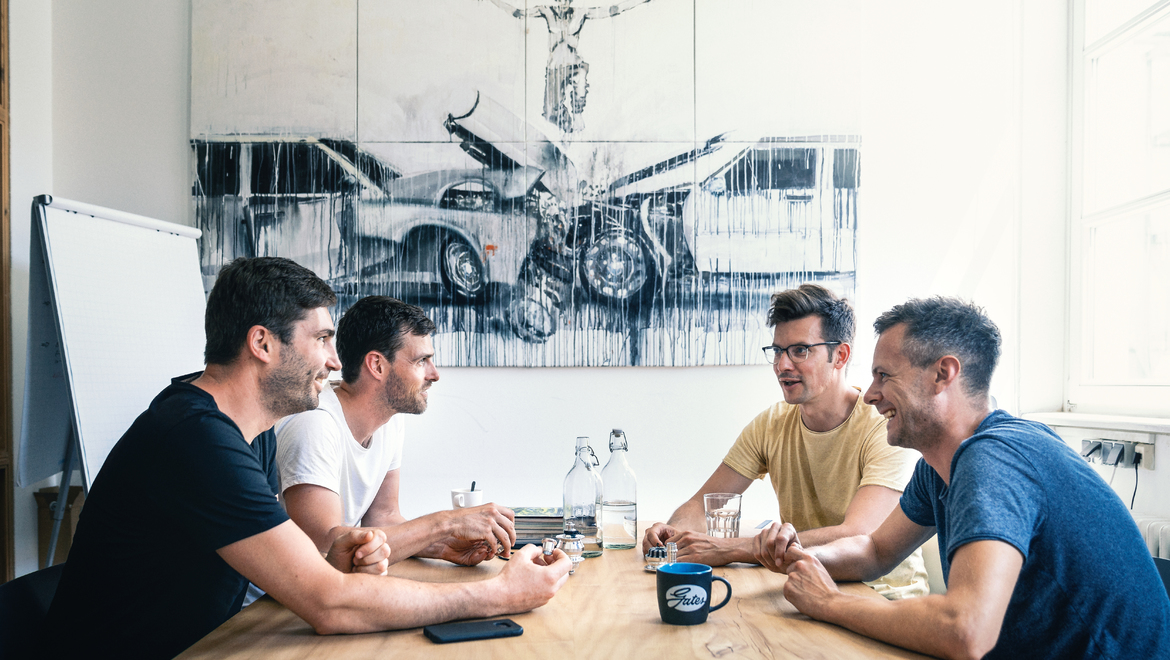 Everything got started at Otto von Guericke University in Magdeburg. That’s where the four founders, Manuel Holstein, Martin Schellhase, Jörg Schindelhauer and Stephan Zehren, met. Four different personalities who got along and complemented each other very well – in particular with their degrees in mechanical engineering, industrial design and business administration.

That constituted an optimal basis for founding a company and so, in late 2008, the engineering and design collective c2g-engineering GmbH came into being. It was a huge step for the four men that required a lot of trust – and money. Some of their start-up capital they earned working at Christmas markets. 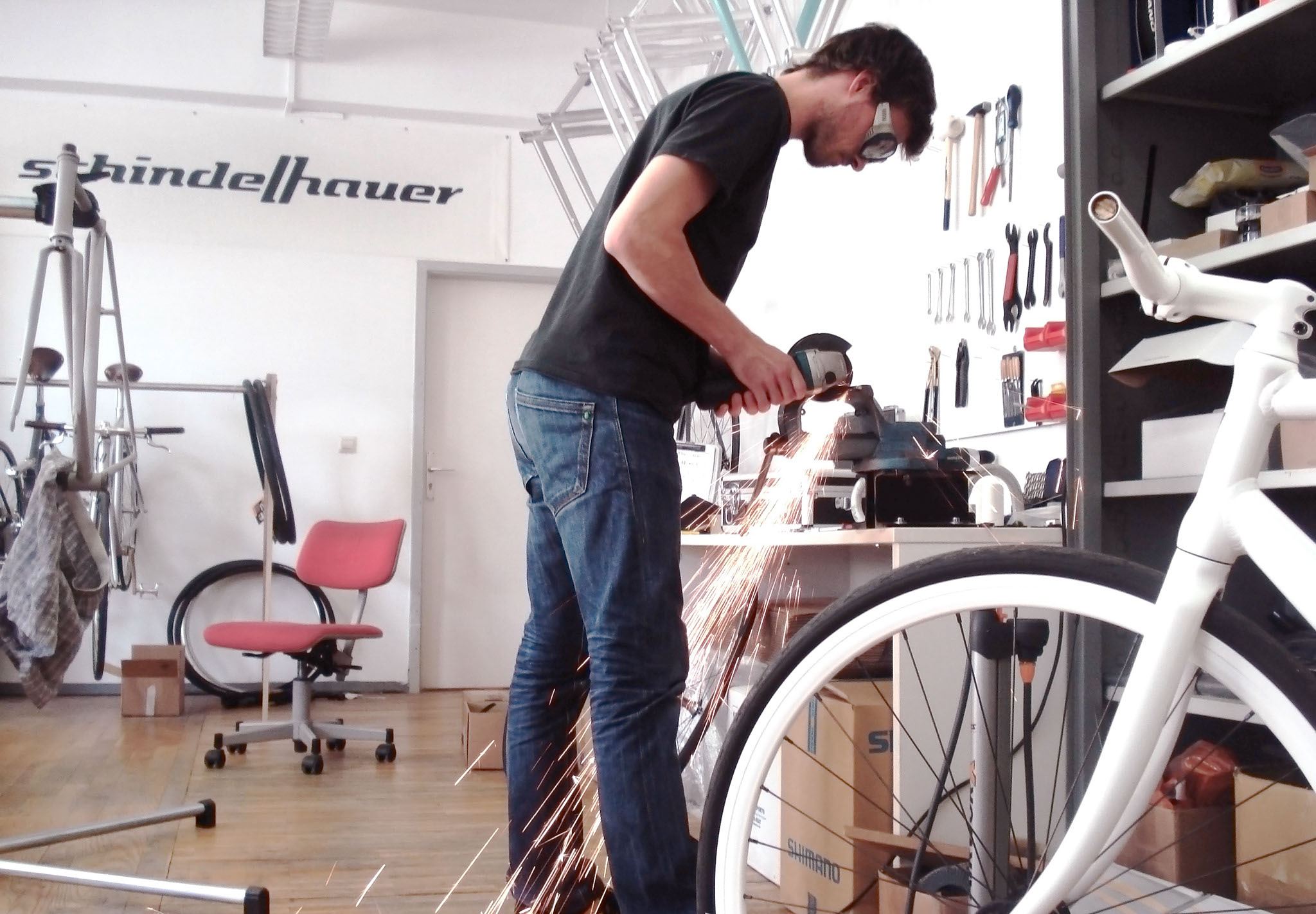 Their first headquarters were situated on Diesdorfer Straße in Magdeburg in a small, creative haven that served as both office and workshop and offered enough space for developing their ideas. The neighbours included a recently founded architect’s office as well as a punk rock label that tolerated their late-night use of the angle grinder.

In spring 2009 the prototype was ready for the market. All that was missing now was a name for the brand. In the end, it was one of the four equal founders who basically provided the name free of charge: Jörg Schindelhauer. Schindelhauer is an occupational surname designating a nearly extinct craft – that of a shingler or shingle maker – and so stands for a certain no-nonsense down-to-earthness that makes it the perfect name for functional bikes with a clean design.

Four founders, ten years, 16 employees, 19 current models, 130 dealers worldwide. These are the basic figures that could be used to describe Schindelhauer Bikes. The story started with an academic project that gave rise to the company. But the company wasn’t the only thing that was born that day: a close friendship also developed between the four founders.

What has always united the four is the balance between constancy and state of the art. The design language has been maintained and refined over the years, complemented by a selection of high-quality components, most notably the Gates Carbon Drive toothed belt system.

A Schindelhauer bike should not only be nice to look at but should also provide the user with long-term enjoyment.

The first prototypes at the first photoshoot 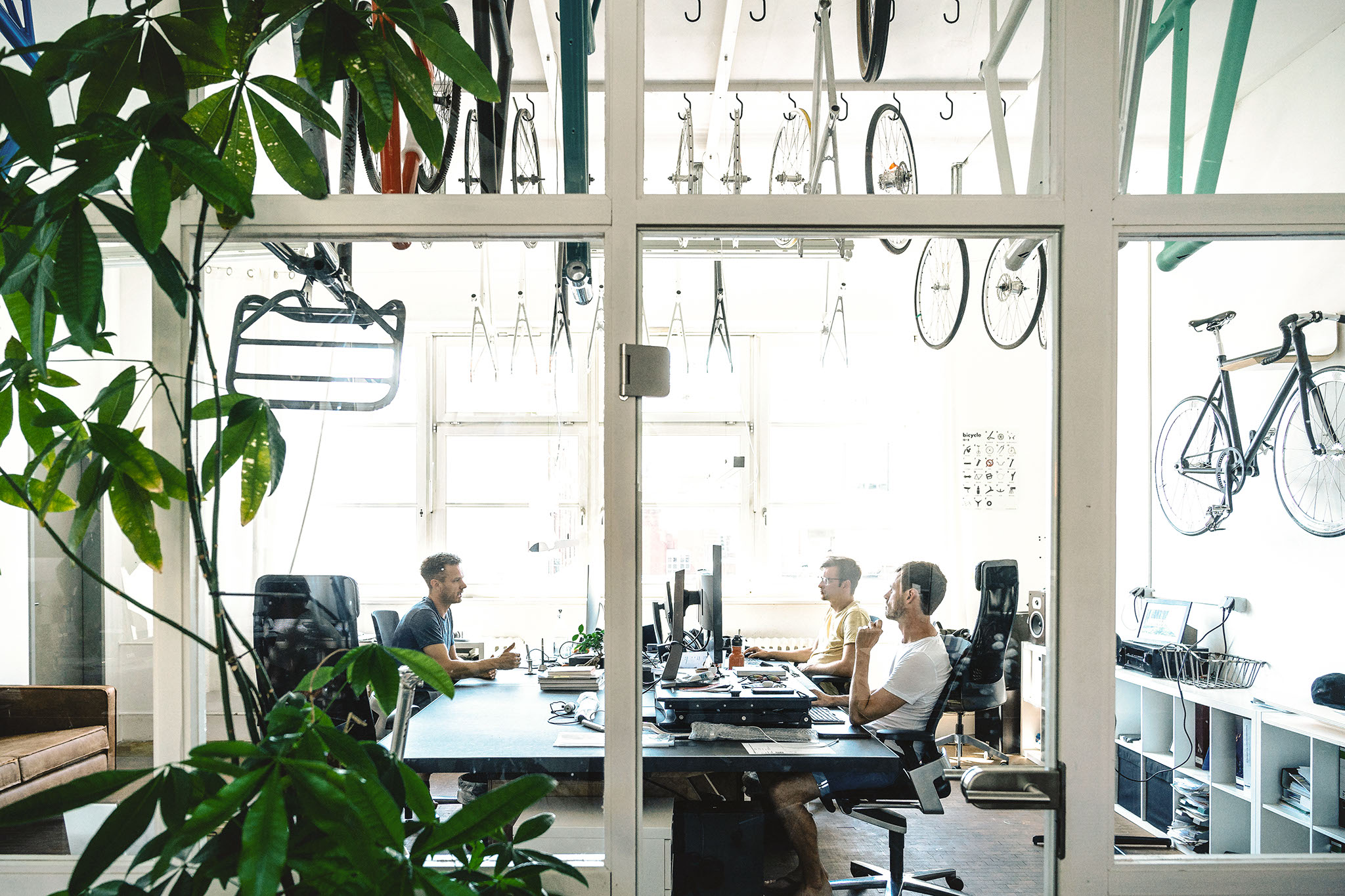 This is an excerpt from our 10th anniversary book, which provides insights into our background, models, developments, and our business. The book is now available in a limited edition.

First and last photo: Matthias Mederer Ramp.pictures
Cookies help in many ways to make your visit to our website easier, enjoyable and worthwhile. Please decide for yourself which cookies you accept.
More Info   Privacy Policy
Necessary cookies These cookies are essential for the operation of the site. The shop system stores in these cookies e.g. the contents of your shopping cart or your language setting. Necessary cookies can not be deactivated, as our shop would not work otherwise.
Statistics Statistics cookies help website owners understand how visitors interact with Web pages by collecting and reporting information anonymously.
Marketing & Social Media Through these cookies it is possible to gather information about the surfing habits, which in turn are evaluated for the delivery of relevant advertising or the determination of their success. This happens exclusively via pseudonymisation and does not allow direct assignment to or identification of you as a person.
Confirm selection Select all and confirm